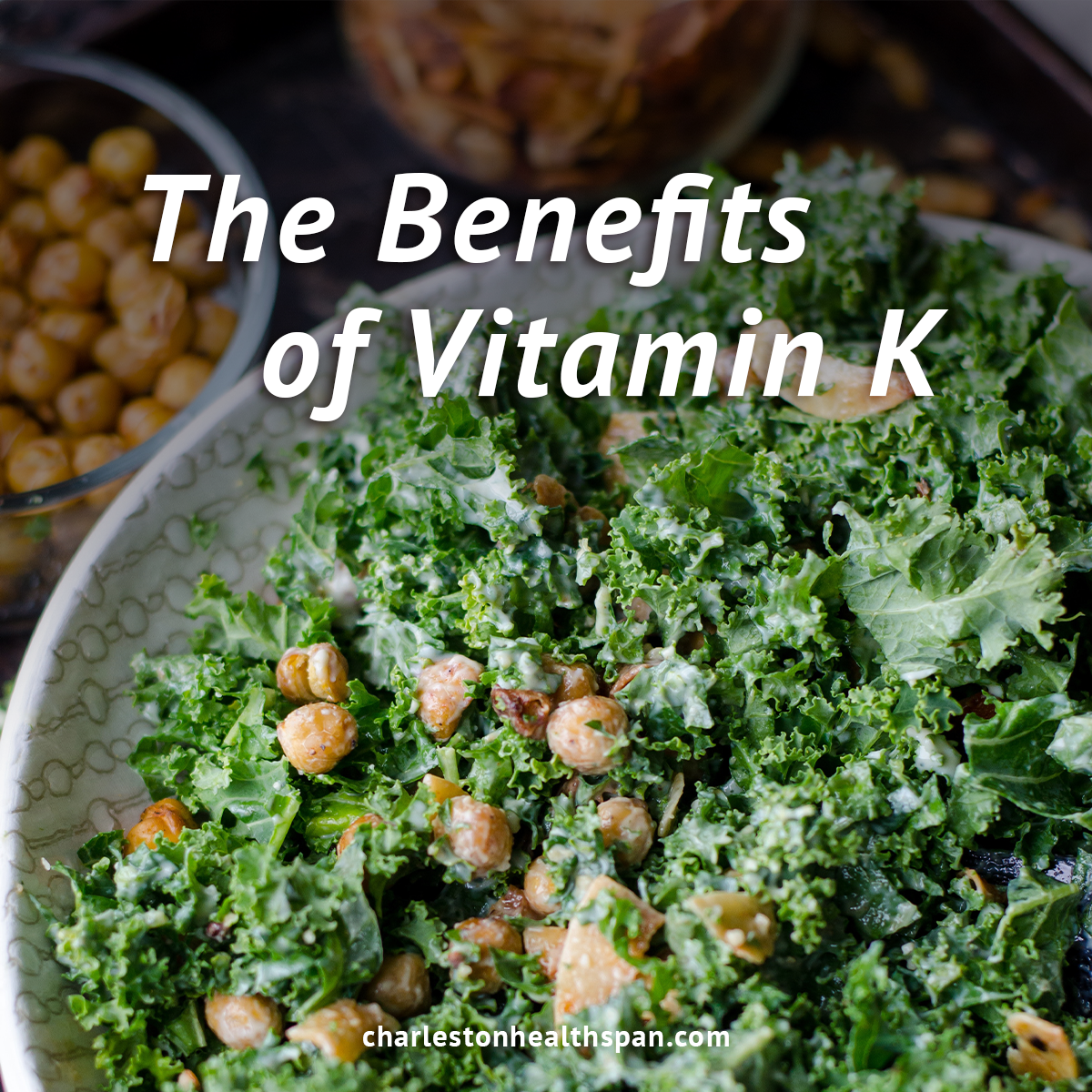 New research indicates that optimum intake of Vitamin K plays an important role in longevity. A study done in 2014 confirms that ample vitamin K intake can indeed help you live longer. In a group of more than 7,000 people at risk for cardiovascular disease, people with the highest intake of vitamin K were 36% less likely to die from any cause at all, compared with those having the lowest intake.

Once thought to be exclusively concerned with blood coagulation, vitamin K is now known to affect at least 16 proteins in the body.

These include proteins involved in protecting arteries from calcification, those protecting bones from losing calcium, and ones that help prevent against diabetes and cancer.

A new study demonstrated that people with higher vitamin K intakes are less likely to die from all causes, lending new urgency to the issue of supplementation.

A multitude of studies now point to the fact that adequate vitamin K intake, including supplementation can offer prevention against atherosclerosis, osteoporosis, diabetes and cancer.

Assure that your vitamin K intake is adequate by adopting a daily vitamin K supplement that provides both K1 and K2 for optimum coverage.

As with most nutrients, vitamin K is not the single answer to cancer prevention, but it shows tremendous promise, which highlights the importance of maintaining adequate levels through boosting your intake. A large European study showed that Cancer Death was 28% less likely overall in those with the highest versus lowest intakes of Vitamin K2.

So in summary a recent large study confirms that people with the highest vitamin K intakes are significantly less likely to die from any cause, compared with those having the lowest intakes.

Because of its unique ability to activate proteins involved in atherosclerosis, osteoporosis, diabetes, and cancer, vitamin K is capable of opposing many of the leading causes of death in modern-day Americans. A host of new studies details the impact of vitamin K supplementation on preventing these, and possibly other, major age-related diseases.

Once considered just a blood coagulation vitamin, vitamin K2 has now achieved the status of multi-function vitamin. If you are interested in a longer and healthier life, consider supplementing with this often overlooked nutrient.