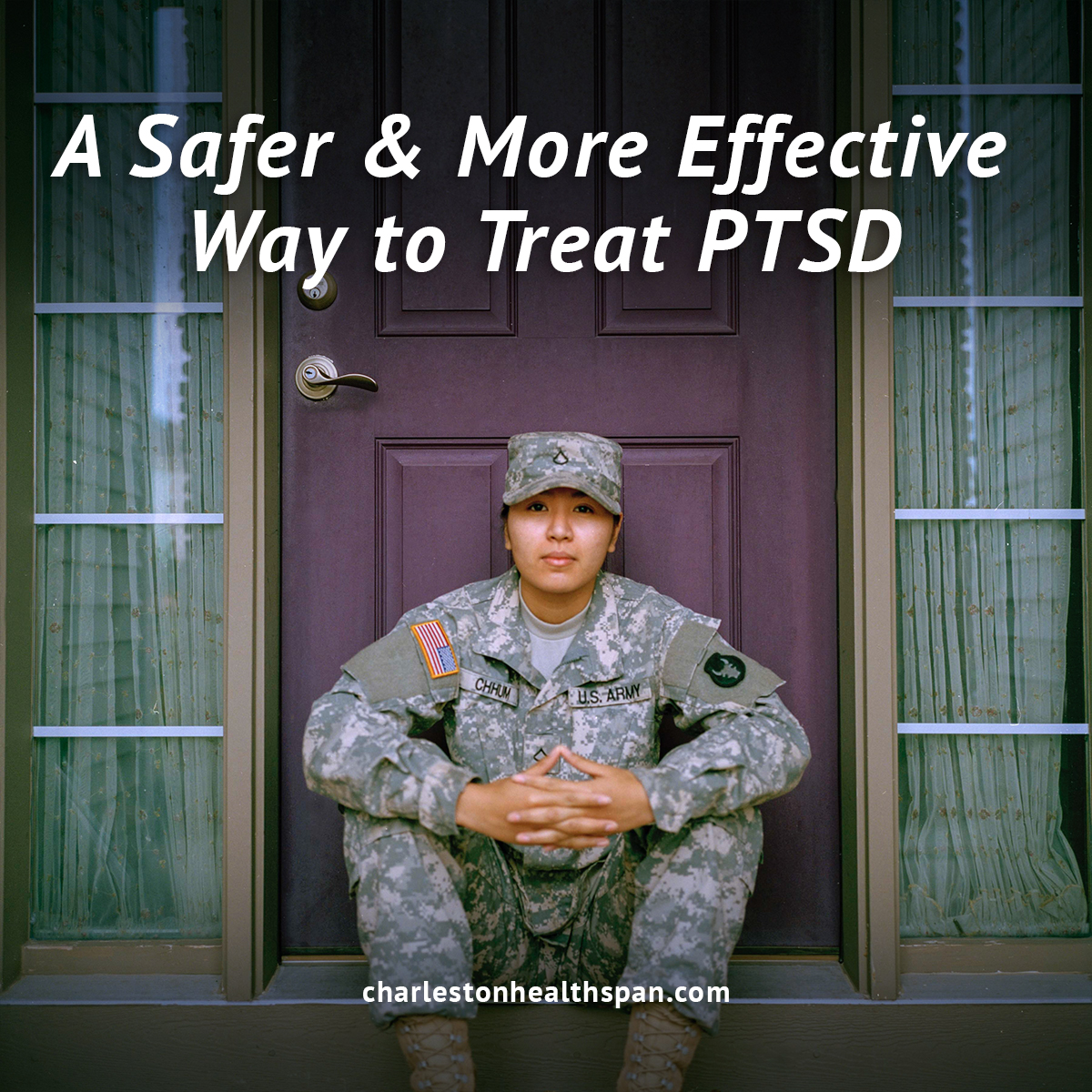 02 Oct A Safer and More Effective Way to Treat PTSD

We all know that many honorable veterans returning from active duty suffer, oftentimes in silence, from Post-Traumatic Stress Disorder, or PTSD. Research shows that roughly 30% of soldiers who served in war zones are later diagnosed with PTSD. The clinical protocol at V.A. hospitals across the United States for treating PTSD involves long-term prescriptions of Selective Serotonin Reuptake Inhibitors (SSRIs) or Serotonin & Norepinephrine Reuptake Inhibitors (SNRIs). Examples of these medications include Prozac, Paxil, Zoloft, and Effexor.

The problem with prescribing veterans suffering from PTSD with these types of medications is that these prescriptions simply mask the symptoms of PTSD. Also, all of these drugs come with the usual long list of unfortunate side effects like diarrhea, vision problems, and erectile dysfunction, just to name a few.

There is a new and more effective solution to treat PTSD and its symptoms, called Bioidentical Hormone Replacement Therapy (BHRT). Many PTSD patients have seen better results from this treatment than the anti-depressants or other prescriptions they had taken previously. The reason? The brain controls the production of hormones, and many of the symptoms of PTSD are amplified by low testosterone. Along with this, chronic anxiety and depression have been proven to lower natural hormone levels. By balancing a person’s testosterone, estrogen and progesterone levels back to normal levels, we can help reduce or eliminate the symptoms of PTSD.

Along with being a more effective treatment, BHRT is also much safer than taking the prescriptions that are typically prescribed for patients suffering from PTSD. Unlike synthetic hormones, bio-identical hormones are created from vegetables and plants. They are formulated to replace your body’s natural hormones. The body cannot actually distinguish these hormones from the biological hormones it already produces. Bio-identical hormones also do not cause the same dangerous side effects as synthetic hormones.

These bio-identical hormones are administered in the form of small, subcutaneous pellets that are inserted under the skin every three to four months. After administration, they slowly dissolve over time, which mirrors the gradual secretion of the body’s biological hormones.

As a medical doctor and expert in anti-aging medicine, I have helped thousands of men and women regain health and happiness through the use of BHRT. For the past 28 years, I have been using bioidentical hormones, helping men and women fight the effects of aging. It is a privilege for me to help restore the strength, vitality, and emotional well-being of those who served in our armed forces.