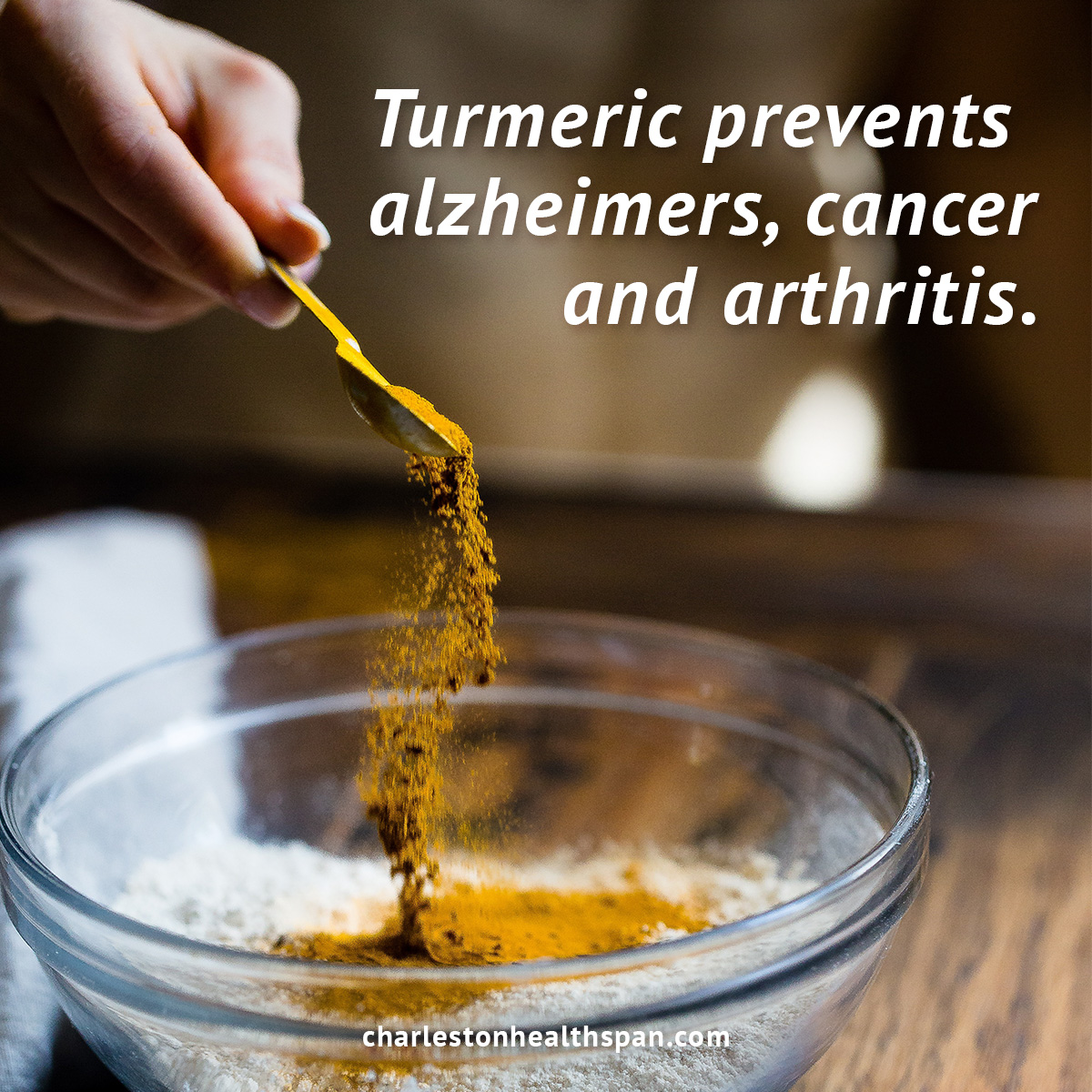 Turmeric has 3 amazing advantages in preventing disease, cancer and arthritis!

Arthritis: Turmeric contains more than two dozen anti-inflammatory compounds, including six different COX-2-inhibitors (the COX-2 enzyme promotes pain, swelling and inflammation; inhibitors selectively block that enzyme). By itself, writes Duke, curcumin – the component is most often cited for its healthful effects – is a multifaceted anti-inflammatory agent, and studies of the efficacy of curcumin have demonstrated positive changes in arthritic symptoms.

Cancer: Duke found more than 200 citations for turmeric benefits related to cancer and more than 700 for curcumin and cancer. He noted that in the handbook Phytochemicals: Mechanisms of Action, both were effective in animal models in prevention and/or treatment of colon cancer, mammary cancer, prostate cancer, murine hepatocarcinogenesis (liver cancer in rats), esophageal cancer, and oral cancer. Duke said that the effectiveness of the herb against these cancers compared favorably with that reported for pharmaceuticals.