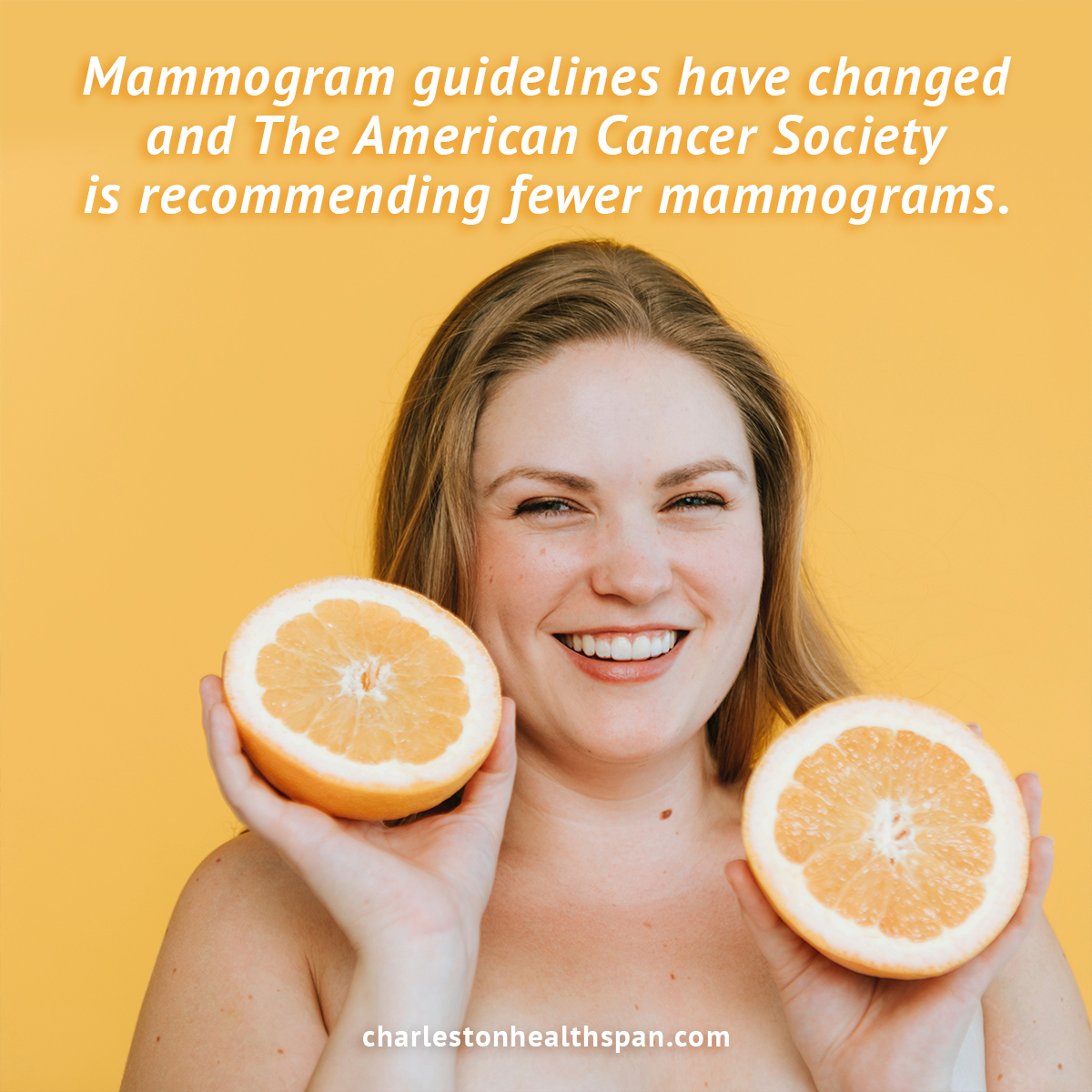 The American Cancer Society, which has for many years had the most aggressive approach to screenings, recently they have announced a change in the mammogram guidelines and are now recommending fewer mammograms. They are now claiming women with an average risk of breast cancer start having screening mammograms once per year at age 45 until age 54, then every other year for as long as they are healthy and likely to live another 10 years. The society also said it no longer recommends clinical breast exams, in which doctors or nurses feel for lumps in the breast, for women of any age who have had no abnormalities. Previously, they recommended mammograms and clinical breast exams every year, starting at age 40.

Why the change? There is increasing evidence that mammography is not perfect, that it is not as useful in younger women, and that it has serious drawbacks like false-positive results that lead to additional testing, like biopsies. And the harms of more frequent screening possibly outweigh the small estimated added benefit of annual screening.

Even though the American Cancer Society has changed their guidelines, not all groups agree. Some groups believe women should have earlier and more frequent screenings, others less frequent; leaving women and some doctors conflicted.

Although the society changed their guidelines, they were careful about the language and leave plenty of room for women to have their preference. The guidelines state though it no longer recommends mammograms for women ages 40 to 44, it said that those women should still “have the opportunity” to have the test if they choose to and that women 55 and older should be able to keep having mammograms once a year.